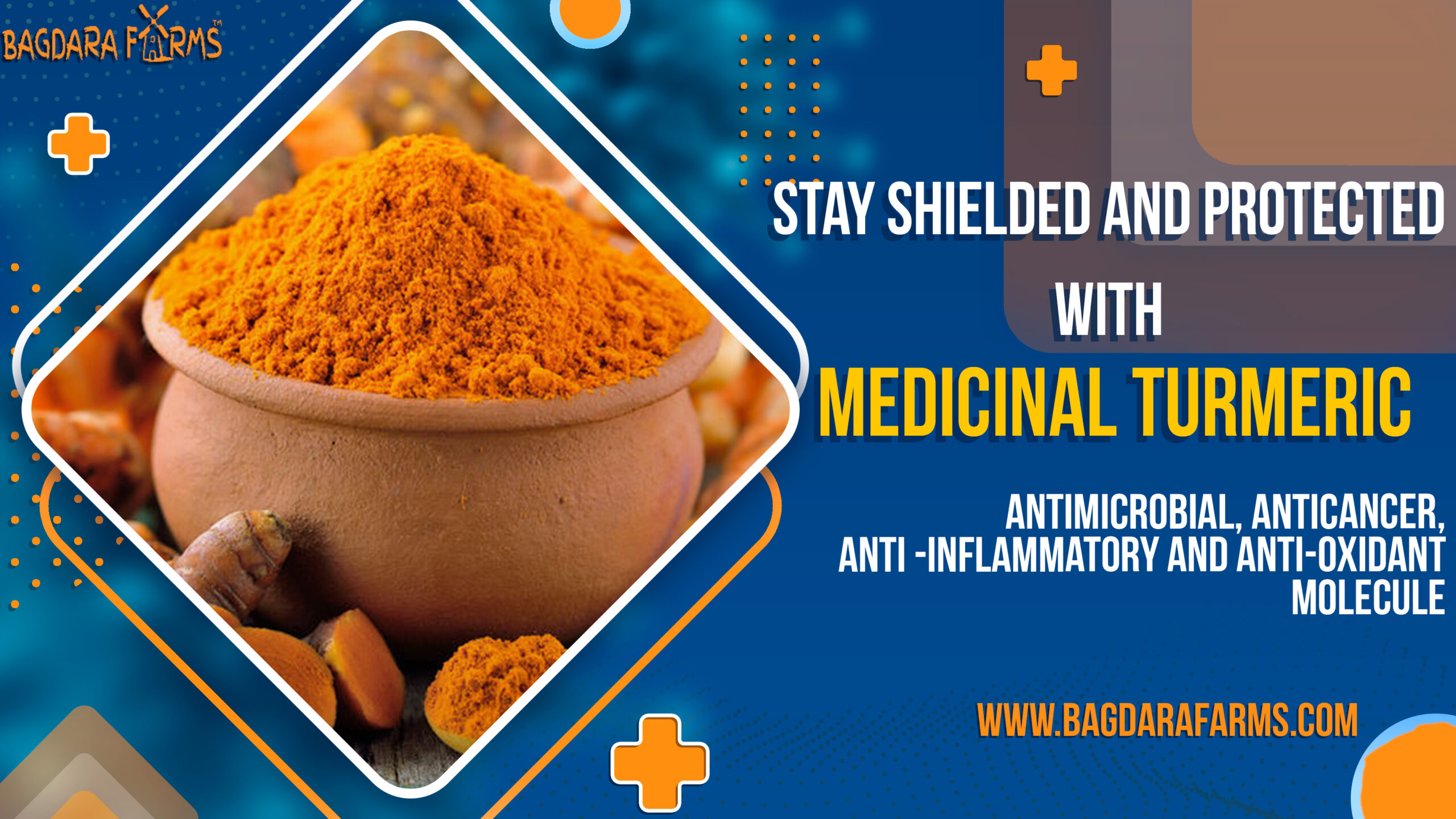 Curcumin in medicinal turmeric is considered as a magical compound because it retains numerous advantageous properties for human body and precautionary measurements against several diseases. A large number of studies have recognized curcumin as a compelling antimicrobial, anticancer, anti -inflammatory and anti-oxidant molecule. That’s not all; medicinal turmeric rich in curcumin proudly displays hepato-protective, cardio protective and gastro protective effects, all naturally.

CAN THIS BE HELPFUL IN KEEPING AWAY THE DEADLY CORONA VIRUS?

Armed with multiple anti-inflammatory effects, curcumin has been anticipated as a impending treatment for COVID-19.

Curcumin can act not only as an anti-fungal and anti-bacterial compound, but also as an anti-viral compound, constraining duplication in a wide-range of viruses. Curcumin in medicinal turmeric has super powerful antiviral activity was observed against several different viruses including hepatitis viruses, influenza viruses and emerging arboviruses like the Zika virus (ZIKV) or chikungunya virus (CHIKV). Interestingly, it has also been reported that the molecule inhibits human immunodeficiency virus (HIV), herpes simplex virus 2 (HSV-2) and human papillomavirus (HPV), indicating that curcumin reduces the spread of sexually transmitted diseases.

Virus infection prompts host cells to engender cytokines and chemokine’s, inflammatory mediators, and apoptosis of the host cells, which then draws immune cells to the impaired areas. Macrophages, dendritic cells, and mast cells swamp antigen fragments, virus, and virus-bearing damaged cells, which causes the production of the inflammatory mediators. In light of the low toxicity and its antioxidant, anti-inflammatory, and antiviral activity, it would be wise to say that curcumin can be used as a therapeutic drug for viral pneumonia and ALI/ARDS.

Curcumin exercises protective effects by regulating the expression of both pro- and anti-inflammatory factors such as IL-6, IL-8, IL-10, and COX-2, promoting the apoptosis of PMN cells, and foraging the reactive oxygen species (ROS), which worsens the inflammatory response. Number of studies provide a validation that curcumin in medicinal turmeric can be used as a therapeutic agent against pneumonia and ALI/ARDS in humans resulting from corona viral infection.

To advance the organic activity and bioavailability of curcumin numerous techniques like micro and nanotechnology have been used. Nano-formulation of curcumin is the preeminent way to advance its clinical therapeutic modality. Nano-formulation boosts its solubility and specificity for the tissue of interest and site-specific delivery of curcumin with great absorbency and great performance. Satisfactory potential of Nano range formulations of curcumin (Nanocurcumin), upsurges all the biological and pharmacological benefits of curcumin, which was not significantly possible earlier. These nanoparticles have been studied in numerous virus models and have shown to advance therapeutic outcome against many types of disease such as cancer, skin wounds, alzheimer, epilepsy, inflammatory diseases, multiple sclerosis and parkinson’s disease.

OLD WINE IN A NEW BOTTLE

Curcumin has some useful clinical effects such as antiviral, anti-nociceptive, anti-inflammatory, antipyretic, and anti-fatigue effects that could be effective to manage the symptoms of the disease-ridden patient with CaOVID-19. It has numerous molecular mechanisms including antioxidant, anti-apoptotic, and anti-fibrotic properties with inhibitory effects on Toll-like receptors, NF-κB, inflammatory cytokines and chemokine’s, and bradykinin. Scientific evidence proposes that curcumin could have a potential role to treat COVID-19.

The golden spice is loaded with medicinal benefits. For several centuries, Turmeric has been used to fight and cure ailments. It is one of the most important ingredients in Indian kitchens; it adds the perfect flavour to our food and the perfect dash of good health too. From healing cuts and wounds, to dealing with some deadly severity of bacterial and viral infections, medicinal turmeric has come a long way. Take this natural ingredient to stay safe and shielded naturally.