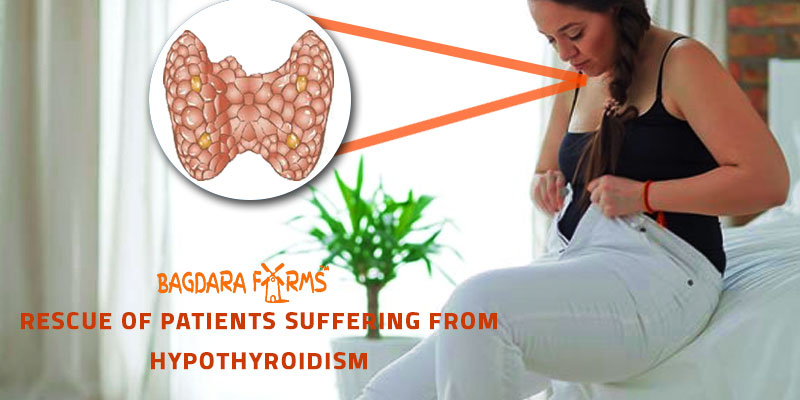 The thyroid is a butterfly-shaped gland which is present on the base of the neck that makes hormones that regulate the metabolism. Metabolism is the process by which our body utilises the energy for various activities like the rate at which the body uses fats and carbohydrates, control body temperature and help in the production of essential proteins. Hypothyroid is a health condition that occurs when the thyroid gland does not produce enough hormones. The hormones produced by thyroid gland are triiodothyronine (T3) and tetraiodothyronine (T4). The lack of this hormone scan produces some ill effects on the body as it upsets the normal balance of chemical reactions in the body.

More is the deficiency of the hormone, the higher the severity of the symptoms. The symptoms of hypothyroidism can go unnoticed initially because it can be as simple as fatigue or weight gain. Over a period, as the metabolism tends to become slower, the signs and symptoms become more apparent.

Advanced hypothyroidism leads to a condition called myxedema which is rare but can become life-threatening.  The symptoms of myxedema are low blood pressure, decreased breathing and body temperature, unresponsiveness which can ultimately lead to coma or death.

Although this condition is most common in middle-aged and older women, infants who are born without a thyroid gland suffer from congenital hypothyroidism. They have symptoms of jaundice, constipation, sizeable protruding tongue, puffy face and frequent choking. If left untreated, it can lead to severe intellectual and physical disabilities. Some young children and teens can also suffer from hypothyroidism and can experience poor growth, delayed puberty and mental growth.

Hypothyroidism can be Caused due to Some Reasons like:

The process of diagnosis of hypothyroidism includes blood tests and regular screening. 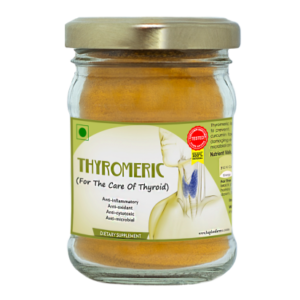 Bagdara Farms has come to the rescue of patients suffering from hypothyroidism by coming up with a product called Thyromeric. It has the goodness of curcumin and turmerone which have multi-therapeutic properties like:

The Recommended Dosage of Thyromeric to Treat Hypothyroid:

For ten years and above:

15 thoughts on “Natural Cure for Hypothyroid is Here : Thyromeric”