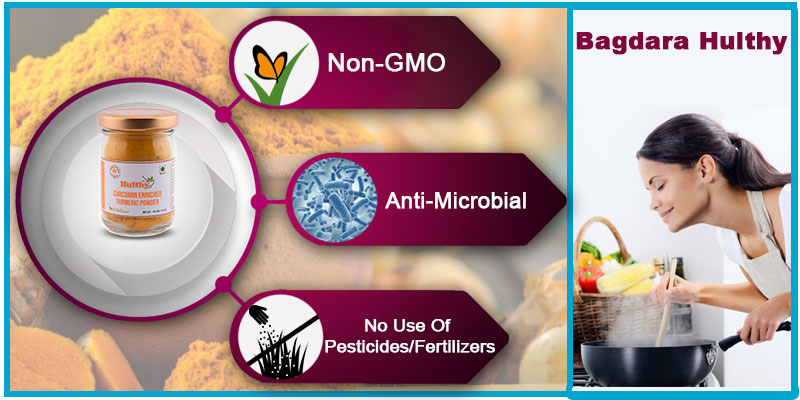 Having grown up in a typical Indian household, haldi or turmeric is no stranger to me. In fact, for almost every malady that anyone suffered from in the house, haldi was the first line of treatment. From healing wounds to shooing away the sniffles to making a tasty meal, haldi as a one-stop-shop kind of spice in our house. It is important to note that this rather innocuous spice has a very long and decorated history. This gorgeous golden spice was hailed not just for its medicinal properties but it was also said that haldi had the ability to rejuvenate a person’s spiritual energy. The Aryans who worshipped the Sun found the golden yellow hue of raw haldi to be indicative of its affiliation to the Sun and thus treated it with reverence. Haldi has been used for over 5000 years as medicine by Ayurvedic doctors to realign the three key doshas – vata, pitta, and kapha. .

The chief constituent of haldi is a compound known as curcumin which possesses the majority of therapeutic benefits that haldi is lauded for. Curcumin is a polyphenol that also provides haldi with its characteristic golden hue. It is curcumin that brings to the table a host of benefits that make haldi so popular. Wouldn’t it thus be preferable to use haldi that has been enriched with natural curcumin instead of just raw haldi? It is to serve this need that Bagdara Farms has created ‘Hulthy’, turmeric that is enriched with curcumin thus making it way more beneficial than plain haldi.

Bagdara Farms is an Indian venture that is exclusively into the production of organic curcumin and supplements made using it. The farming techniques used by farmers at Bagdara Farms are strictly organic and as a result, they shun the use of synthetic growth enhancers, fertilizers, or pesticides. This makes the curcumin produced at Bagdara 100% pure, NON-GMO and devoid of chemical residues that creep in when synthetic fertilizers and pesticides are used on crops. Bagdara Hulthy can be used in lieu of regular haldi in cooking Asian curries. This will help in improving the nutritional value of the food cooked.

Additionally, Hulthy can be used in the following ways too to alleviate certain common ailments and conditions