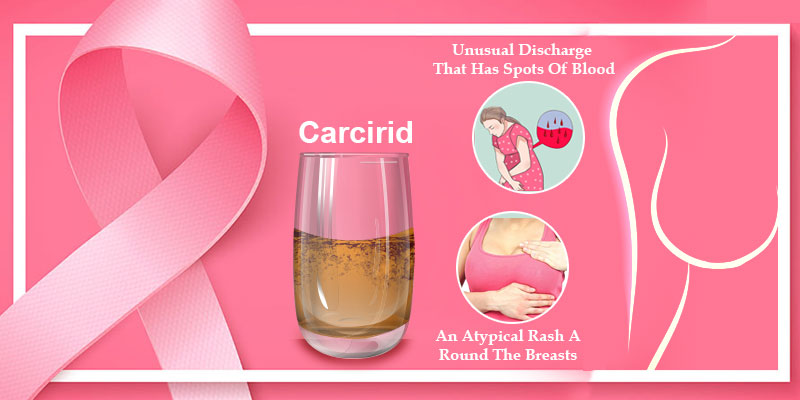 Breast cancer accounts for 25% of all cancers found in women. While there are numerous clinical treatment protocols that are followed during the treatment of breast cancer, it is also vital to know that the effectiveness of these therapies can be augmented by natural remedies. Carcirid, a curcumin enriched supplement created by Bagdara Farms has anti-carcinogenic, anti-inflammatory, and antioxidant effects that can help patients heal faster.

The month of October has been chosen worldwide as Breast Cancer Awareness Month. Now, more than ever, it has become crucial to spread as much knowledge about breast carcinoma as possible especially since catching this dreadful disease in its nascent stages is the key to full recovery. As is the case with all other forms of cancer, in breast cancer too, a presence of abnormal cells that multiply at an unusually high rate leads to the formation of a malignant mass.

The first step towards winning the battle against breast carcinoma is understanding how to identify it early on. Here are some of the typical symptoms that every woman should be checking for on a regular basis.

Symptoms to Watch Out For?

The treatment of breast cancer usually involves a combination of surgery, chemotherapy, and radiotherapy. Depending on the extent of proliferation, physicians decide if removing the mass surgically is an option or not. Chemotherapy uses strong drugs to attack and annihilate cancer cells while radiotherapy uses high-intensity x-rays. To increase the efficacy of these treatment methods, a natural remedy that involves the consumption of curcumin is most effective. Curcumin, a compound that is extracted from the turmeric plant, is loaded with therapeutic properties that not only help fight cancer but also makes cancer cells more sensitive to chemo drugs, therefore, improving the outcome of such an intervention. There are numerous direct effects of curcumin on breast cancer.

Carcirid, a curcumin-based supplement created in the lush green premises of Bagdara Farms in Katni, Madhya Pradesh, is a one-of-a-kind curcumin supplement that solely targets breast cancer and is made keeping in mind the requirements of breast cancer patients.

The quality of curcumin used in Carcirid is much superior to most other supplements because it is grown using organic farming techniques at the Bagdara facility. Such an emphasis on organic farming ensures that the curcumin that is going into your jar of Carcirid has no unwanted chemical residues or adulterants that can be potentially dangerous for your health. If you are struggling with breast cancer, try Carcirid, and see how quickly it can melt your worries away.