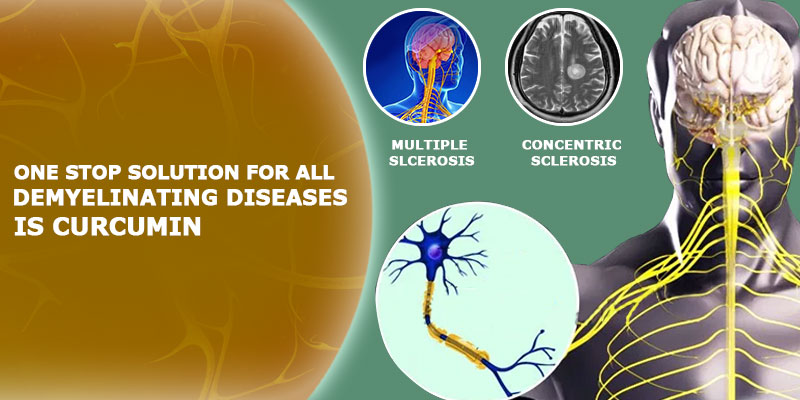 m is like the motherboard of any computer. It has control of all the organ systems and their respective functions. Even a small fault in the nervous system comprising of the brain, spinal cord, and nerves can be debilitating. Neurons are the special cells that function to transfer messages from the brain to different parts of the brain and vice versa.

They have a protective covering called myelin sheath over them which helps in the quick and smooth passing of the messages in the form of electric signals. When this myelin sheath that covers the nerve fibres of the brain, spinal cord, and optic nerves ( nerves that connect the eyes to the brain) are affected or damaged, the electric signals in the form of nerve impulses become slow and can even stop, giving rise to many neurological disorders called demyelinating diseases.

There are various kinds of diseases under this category of demyelinating diseases like:

The main root cause of most of these diseases is excessive inflammation which can be greatly controlled by curcumin due to its anti-inflammatory and antioxidant properties.

The most common symptoms of many demyelinating diseases are as follows: