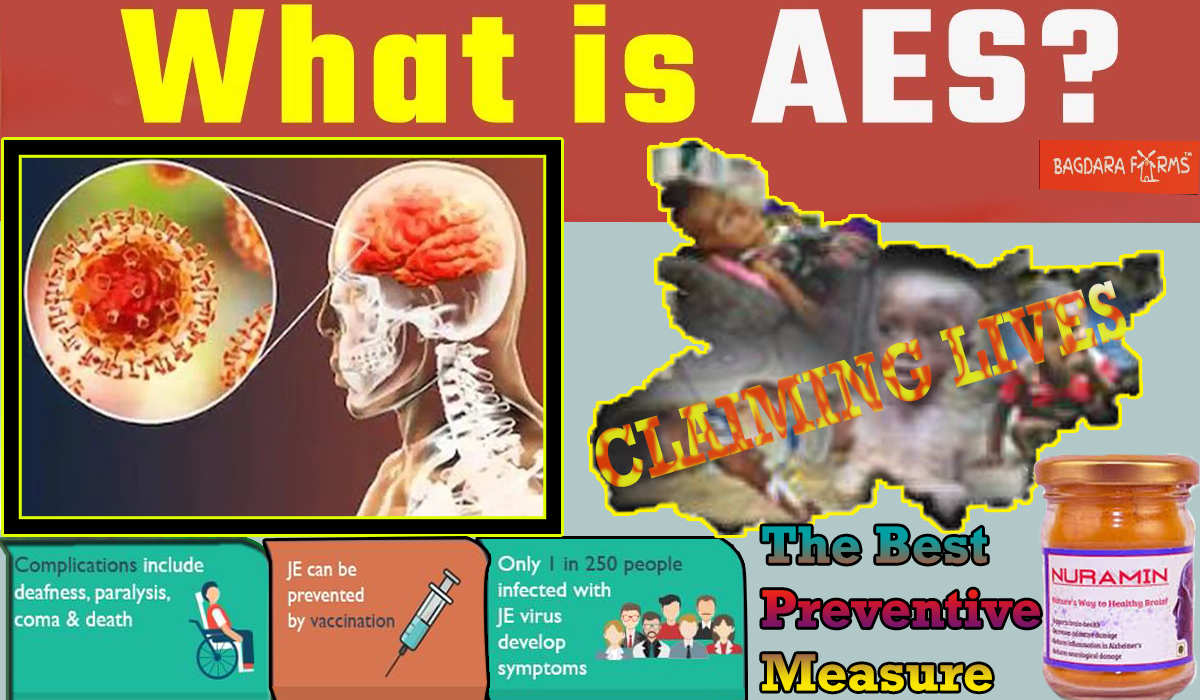 Acute encephalitis syndrome (AES) is known to affect the central nervous system and mostly in young adults and children. It starts with a normal high-grade fever and then rapidly hampers the neurological functions of the brain and finally leading to stages of mental disorientation, seizure, confusion, delirium, coma.

In Bihar alone, since January 2019, 188 cases of acute encephalitis syndrome have been reported resulting in 45 deaths. Most of the casualties were of children and maximum cases were reported from Muzaffarpur, 43 recorded alone in June. According to the National Centre for Disease Control officials, AES outbreak in Muzaffarpur has been reported since the year 1995. This year, most of the deaths were attributed to hypoglycemia which the low blood sugar level.

When is AES most Spread?

The disease outbreak is mostly reported during monsoons that are from (June-October), thus it is the best time to start taking precaution for deadly AES. In Bihar, cases were reported from April-June also. So, what is the best solution, how to improve your and your kid’s immunity for this? Read on to find out.

It is a very complex syndrome. It can be caused by a range of agents like bacteria, viruses, and fungi. But in India, the most common cause is the Japanese encephalitis (JE) virus.  The union health ministry has estimated the 5-35% cases were attributed due to this virus. But, this syndrome is also caused by dengue, mumps, scrub typhus, Zika virus, and even measles.  Also, in most of the causes, the real cause of AES goes unidentified.

Status of AES in India

In the year 2018, 10,485 AES cases were diagnosed and total of 632 deaths was reported from 17 different states according to the reports of National Vector Borne Diseases Control Programme (NVBDCP). 6% fatality rate has been reported in India in AES but amongst children, fatality rises to 25 percent. The most affected states are Bihar, Assam, Jharkhand, Uttar Pradesh, Manipur, Meghalaya, Tamil Nadu, Karnataka, and Tripura.  Click here to kno the best prevention for AES.

The following are the best preventive measures which you can take in order to safeguard your family and yourself from AES-:

Let us know if you have any doubts related to AES and we will be more than happy to help you.