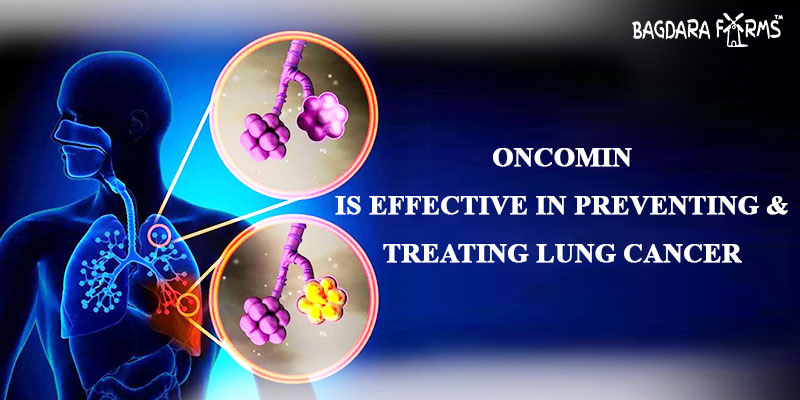 Oxygen is life for us but do we even realise what we are breathing in these days? With the inevitable rise in pollution levels, we are breathing in more of chemicals than fresh air. Add on the habit of smoking which further increases the chances of lung cancer. Statistics say that some people are dying from lung cancer than ovarian, colon, breast and prostate cancer combined. Lung cancer is also the number one killer cancer across the globe as of now. Lungs are a pair of vital organs that help to inhale oxygen and release carbon dioxide in the process of breathing.  Lung cancer is a cancer that starts off in the lungs.

Smokers have a very high risk of lung cancer, but people who never smoked can also get affected by this disease. What is cancer? In general terms, cancer is nothing but the uncontrolled growth of cells which form masses of cells called tumours. It can start off in one lung or both lungs and are called primary lung cancer. As the tumours grow in size as well as numbers, they interfere with the ability of the lungs to provide oxygen to various parts of the body. Malignant tumours are the ones that move from one part of the body to the other by the process of metastasis. Secondary lung cancer starts in some other part of the body, metastasises and ultimately reaches the lungs.

There are Four Different Types of Lung Cancer:

Most of the early symptoms go unnoticed.

Some of the Common Signs and Symptoms when the disease is in Advanced Stages are:

As mentioned earlier smoking is one of the leading causes of lung cancer. Even passive smokers who are exposed to second-hand smoke are prone to lung cancer. How doe smoking damage lungs? The carcinogens or cancer-causing substances in the smoke start causing damages in the lung tissue. Initially, the body makes a few repairs to this damage, but over a period, the muscles start behaving abnormally and develop into cancer.

There are many Risk Factors for Lung Cancer which Include:

The diagnosis for lung cancer is made by imaging tests like CT scan and X-ray. Sputum cytology wherein sputum is observed under the microscope also reveals the presence of cancer cells. The tissue sample or biopsy can also be done. The treatment procedures will include surgery, radiation therapy or chemotherapy and targeted drug therapy.

Bagdara Farms has come up with a product called Oncomin that is effective in preventing and treating lung cancer.

It is a curcumin-based product which is also enriched with turmerone. These two polyphenols have the best therapeutic properties in them.

(Has Anti Cancerous Effects)
Works on these Health Conditions:

21 People are looking at this product

Oncomin is a phenomenal product, conceived and specially bottled to fight the deadly cancer at Bagdara Farms, in the most natural and an organic way. Abundant in most significant polyphenolic compound, curcumin, that lends all the medicinal and pharmacological value to the therapeutic Oncomin, is Mother Nature’s best gift to thwart the curse of cancer. Oncomin with its natural anti-cancer properties is an excellent choice to be an adjuvant therapy, along with the conventional cancer treatment. The most reassuring part about this excellent product Oncomin is that, it is absolutely natural and has no side effects.

The product is grown and processed organically by using the highest standards of manufacturing, without having any harm on wildlife and keeping in view a softer look towards the Mother Nature.

Please Note – It is advisable to start the dosage for all age limits in small quantity and then gradually increase it. It is also important to be cautious, not to give this product to children without consulting a doctor.