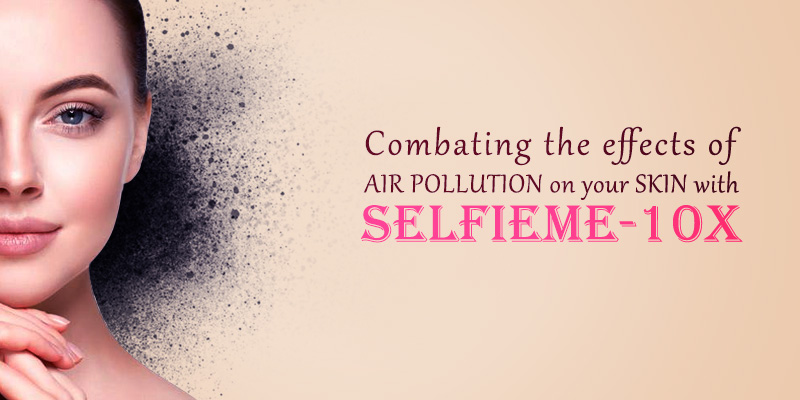 Winters are a magical time of the year. After powering through the energy-sucking summer months, you feel re-energized as soon as the first draught of winter chill creeps in under the doors and through the cracks in the windows. Vegetables and fruits at your local vendor start looking healthier and more appetizing. Thick duvets are pulled out of their resting places and cold toes are warmed over blazing heaters.

Of late though, the citizens of our national capital – New Delhi and its surrounding cities have not been able to enjoy the pleasures of winter owing to the alarming rise in pollution levels. Apart from the much talked about harm caused by air pollution like respiratory illnesses; skin damage is also a very significant outcome of a polluted atmosphere. Winter have always brought with it chapped and scaly skin woes. Add to this the damage caused by air pollution and you have dull, luster-less and acne marked skin which ages faster than usual.

Keeping all of the above information in mind, how does one prepare and safeguard their skin against this yearly onslaught of pollution during the winter months?

In modern times a lot of research has been done to prove the efficacy of curcumin in curing skin ailments.  It has been found as a result of these studies that curcumin has shown a major positive impact in the treatment of the following skin diseases:

Since these are also some of the diseases that are caused by the ill-effects of polluted air, it is quite evident that by using curcumin rich supplements, one can successfully ward off the ill effects of pollutants found in large quantities in the winter air.

To this effect, Bagdara Farms brings to us a curcumin enriched supplement called Selfieme-10X that can help in reversing the effect of the polluted winter air on our skin.

Selfieme-10X has strong anti-inflammatory, antioxidant, anti-viral, anti-fungal and antiseptic properties that help in proactively protecting our skin from the acute damage that pollutants in the air can cause.

Selfieme-10X can be used as a face pack in conjunction with many other natural substances like milk cream, sandalwood powder, fuller’s earth, gram flour, lemon juice and rose water. Any combination with Selfieme-10X will work wonders for the skin. So, what are you waiting for? Go ahead and order your jar of Selfieme-10X and give your skin an impenetrable shield against air pollution.