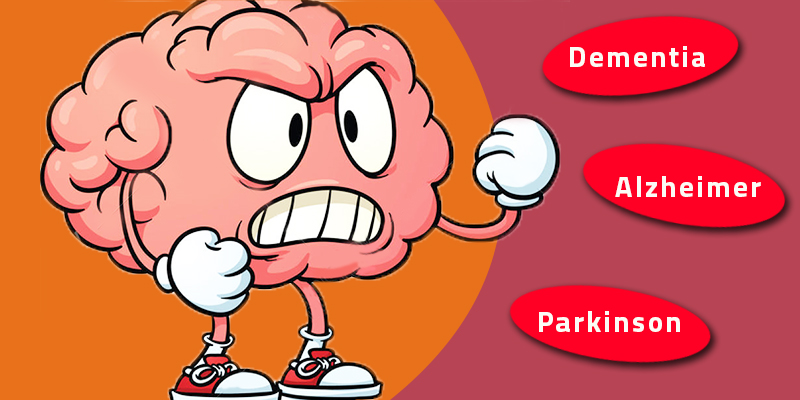 Our brain is one of the most remarkable creations of God. The specificity with which it coordinates the functions in the body is beautiful. At the same time, it is also a very delicate organ packed inside a skeletal box called cranium. It has a rich supply of blood all the time and has different regions to control different jobs. Sometimes, due to many factors, our brain can be afflicted by certain conditions. These conditions make us very ill and for some of the problems there is still no cure but you can fight brain diseases with Nuramin, a curcumin rich supplement from Bagdara Farms.

Let’s have a look at the factors that affect brain:-

DEMENTIA- It is a broad term to signify the loss of memory and other mental abilities which are severe enough to make the person incapable of performing daily activities. It may include different symptoms like difficulty in finding words, impaired judgement, and memory loss and can be caused due to various physical changes in the brain or its cells called neurons. When the neurons are injured, they lose the ability to communicate properly with other cells leading to a dysfunction. The various stages of dementia are as follows:

Some Of The Common Forms Of Dementia Are:

Nuramin from Bagdara Farms is an innovative product rich in curcumin and turmerone that can help prevent as well as ease out the symptoms of some disorders of the brain. Continue reading to know how.

If you still have any doubts regarding the Nuramin, do not hesitate to give us a call or ping us on our chat. Our dedicated consultants will be more than happy to clear your doubts. You can even leave your question in the comment section below, we shall get back to you.

4 thoughts on “FIGHT BRAIN DISEASES WITH NURAMIN OF BAGDARA FARMS”