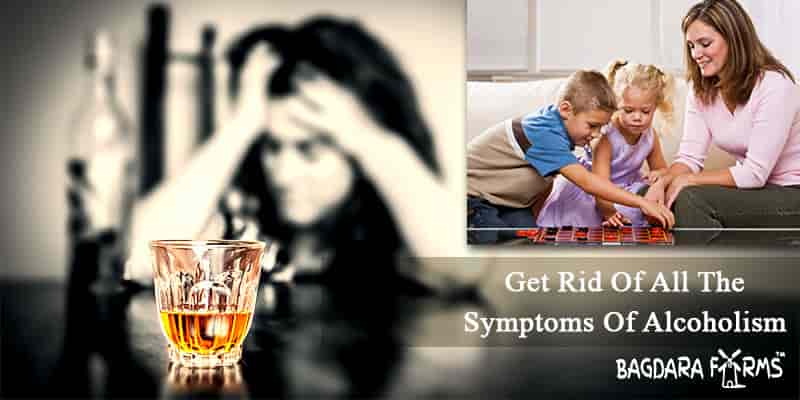 Alcohol is a common sight in society today. From a daily wage earner to a jet-setter with deep pockets, everyone enjoys a drink or two once in a while. For many, a couple of drinks over the weekend is a good way to unwind and de-stress after a hectic work week.

For others, one beer after work every day is the norm. While drinking alcohol may not be the best for your body, an occasional drink does not cause much harm. However, there is a fine line between social drinking and alcoholism.

Some people try to find solace at the bottom of a bottle while dealing with a difficult situation like a painful breakup, a work-related catastrophe, or a personal tragedy. At first, alcohol seems like a great way to numb the pain and dull the senses.

People who have had traumatic experiences may find being in a drunken stupor a quick escape from all the disturbing recollections of the event.

Relationship between Alcoholism and Depression

However, it is worth keeping in mind that even though in the beginning a state of drunkenness might seem alluring when fighting depression, slowly the excess alcohol in your body starts fuelling the depression instead of suppressing it.

Let us see the Biological Mechanism of this Vicious Cycle on the Brain.

Drinking Alcohol has many adverse effects on the brain that exacerbate the symptoms of depression further. Some of these effects are:

The first few times you try drowning your sorrow in alcohol, it may seem to work, but slowly your body will start depending on the alcohol which in turn will worsen the depression, making you drink more.

To break this cycle, an effective natural remedy that involves curcumin is the answer.

What is Phytochemical? How it’s Helpful in treating Alcoholism and Depression.

Curcumin, a phytochemical that has been lauded for centuries by Ayurvedic medics for its amazingly broad spectrum healing properties, is a pigment found in turmeric.

The research team at farmland called Bagdara Farms in Katni, Madhya Pradesh figured how curcumin could help alcoholics get rid of their drinking problem as well as the chronic depression that comes along with it.

Alchorid has Several Benefits when it comes to Fighting Alcohol-Induced Depression. Here are some Examples:

Alchorid can help you immensely if you are battling depression linked to your drinking problem.  A daily dose of this natural elixir will help you get rid of all the symptoms of alcoholism as well as give you renewed motivation to stay away from all things alcoholic for good!

This turmeric supplement is a gift for those who take alcohol, as it has abundant medicinal and therapeutic properties that play a pivotal role in reversing the damage caused due to alcohol intake, curbs the urge to consume more & boosts the body’s metabolism to make it function smoothly & efficiently.

4 thoughts on “Alcoholism and Depression – Is There A Natural Way to Treat The Two?”