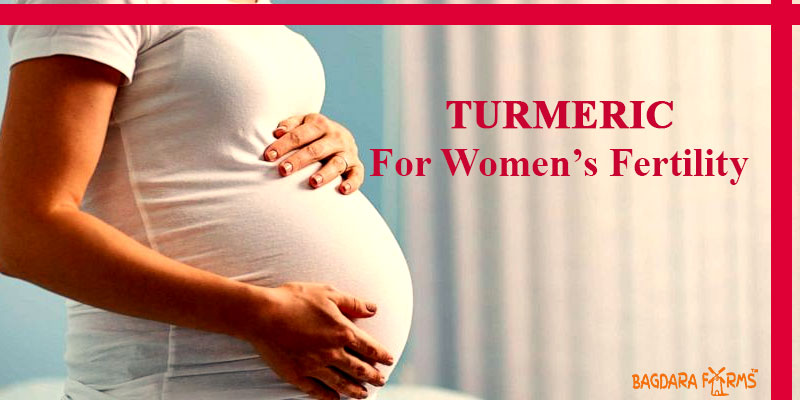 Owing to the lifestyle, we’re leading today. Unfortunately, the number of complications while on the way
to becoming a mother has increased. Hence not everyone who wants gets to be a biological
mother. Although science has advanced, technologies have become more technical. And there
are multiple ways in which one can have their own baby. But is there any way the fertility could
be increased naturally?! I wonder. To quench the thirst of my quest, I decided to explore. And in
the process, I found something interesting. Turmeric, as simple as that, has its own beliefs
associated with fertility. But I wanted to know the truth, not the myth.

Turmeric and Fertility: Myth Versus Reality

1. Turmeric Is “Hot” in nature, hence hinders fertility- In Ayurveda, there is something called
“taseer”. turmeric/ haldi being of hot taseer hinders with fertility, so is the belief! But as I
explored, I found that it’s a myth! On the contrary, the research done shows that turmeric
is a fertility powerhouse. Turmeric helps combat the autoimmune fertility disorders.
natural-fertility-info.com says “Research shows that turmeric has medicinal benefits for
treating inflammatory conditions of the joints, muscles and nerves, autoimmune
inflammation, autoimmune fertility health conditions and may be helpful for those dealing
with fertility health conditions like:

That’s quite a lot! Myth #1 busted.2. Turmeric is a contraceptive- Turmeric is considered to be one of the homely
contraceptive measures. Well here’s what my research says. Turmeric, number 1,
should be authentic and natural. Number 2, it should be consumed the way it’s supposed
to be. With the right quantities, if curcumin and administered rightly with black pepper, it
increases progesterone levels. Increased progesterone levels support pregnancy and do
not act as contraceptives.

3. Turmeric helps during menses hence cannot be consumed during pregnancy- Turmeric
no doubt helps during menses. But how it helps, it’s important that we consider that.
Turmeric does not increase bleeding anyway. It helps I’m combating the pain,
constipation, joints pain, controls cholesterol levels hence is supportive during
menstruation days. Voila! For the same good reasons, it’s helpful during pregnancy too!
While it is important that how the turmeric is consumed. Turmeric as such should not be
a great idea. But adding a little of it to milk during pregnancy is a great way to multiple
health benefits for a pregnant lady. It purifies the blood, boosts immunity, helps in the
constipation and thus is pretty helpful during pregnancy.

Turmeric is a magical Indian condiment. It has an immense number of powers. Beyond one’s
imagination. Hence it always good to be aware of all those powers before you consume any,
especially during pregnancy or when you’re planning your family. So before you consume
turmeric in any form at any point of your family planning time, we would like to recommend you to consult your doctor for once at least. Above was a mere comparison between what seems to
be true while what actually is true. You’re the best person to judge at the end!