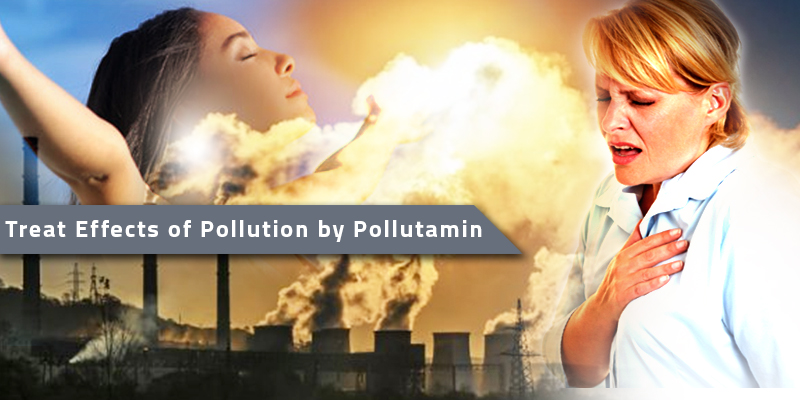 Pollution is defined as the introduction of a harmful or poisonous substance into the environment. Of all the various types of pollution, air pollution is turning out to be the most detrimental to health in the recent times. Not only the metropolitan cities but the small towns are also grappling with the issue of air pollution. Air being a medium as well as carrier can transfer the pollutants faster. Thus making it obvious for a person breathing to get an infection. But we can treat the harmful effects of pollution naturally with Curcumin.

Anuja is a 10 year old and has to travel long hours in the bus to and fro school. Her asthma gets worse due to the high pollution levels of the city. In Asthma, the chronic inflammation of the air passages happens making it difficult to breathe. The particulate matter, oxides of sulphur and nitrogen, tobacco smoke can aggravate the symptoms of asthma.

Varun is a 34 year old man and is suffering from the symptoms of COPD (Chronic Obstructive Pulmonary Disease). This condition is caused when air passages and air sacs change their shape and become distended, because of which the patient finds it hard to breathe even while sitting. The two types of COPD are Emphysema and Chronic bronchitis which can lead to cancer and even death. The people who are working in docks, mines and quarries. These people work in an environment full of dust and fumes are at more risk.

Samar had resumed work after a bout of pneumonia but to everyone’s surprise, he again started showing symptoms of the disease. On investigation, it was revealed that the bacteria present in the polluted air enters the respiratory tract and makes the person more prone to contracting pneumonia.

How does Air Pollution Harm Your Body?

Air pollution can also cause weakening of the lung function which can be seen in many forms. Some of them are allergies, panting, low immunity to cold and cough. Lung cancer is another disease that can be caused due to the presence of carcinogens in the polluted air. There are many defects in the new born and fetuses that can occur by ingestion of polluted air.

They exhibit low immunity power against allergies and seasonal cough and cold. Inhaling of benzene vapors can also cause leukemia. According to a survey, air pollution from smoke and various chemicals is known to kill around 3 million people every year.

Combustion of fossil fuels which are high in sulphur can create cid particles called sulphur oxides that get deposited in the upper respiratory tract and constrict the airways causing chronic bronchitis. The nanoparticle technology has many used but since the nanoparticles are very fine, they can cause the development of fluid around the lungs and damage them.

The main problem with air pollutants is that they can travel long distances from their original source even in very small concentrations. Over a period of time, these low concentrations of contaminants can have its side effects. Moreover, the smog (smoke fog) in bigger cities is becoming a growing problem.

Treat the Effects of Pollution Naturally By Curcumin

The best organically grown curcumin and turmerone can be found in a product called Pollutamin – PM 2.5 from Bagdara Farms. The best part about this product that it is free from any kind of chemical fertilizers.

As far as the recommended dosages are concerned, it is always advisable that one starts taking this product in small quantities and then gradually increases the quantity.

For 10 years and above

It is to be noted that this product be avoided for children less than 2 years of age.