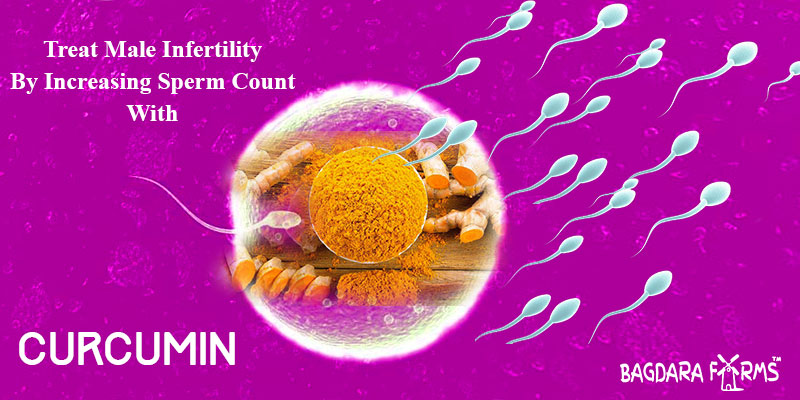 Male fertility is slowly catching up to be a medical issue amongst men. About one in every five couple is facing a problem starting a family due to male infertility, and about one in every 100 men, there is no sperm in his ejaculate. The primary deciding factor of a man’s fertility is the quality as well as the quantity of the sperm. Spermatocytes or sperms are the male sex cells and are produced by the male gonads. The fusion of the sperm with the female sex cell called ova gives a rose to a fertilised zygote which undergoes further cell division to form a complete foetus. If the man produces lesser or no sperms, then conception becomes a huge problem.

There could be many possible reasons for a man’s infertility (low sperm count) like the ones stated below:

Men who are infertile (low sperm count) can also face some of the common symptoms like:

Curcumin is one of the best natural solutions for treating male infertility to quite a large extent owing to its antimicrobial, antioxidant, and anti-inflammatory properties. Bagdara Farms is the best producer of utterly organic non-GMO curcumin which can be taken without a second thought! Buy Mexamin-S4 to treat male infertility issues naturally.

To Order and try our product “Mexamin-S4” today, all you need to do is to place an order online right here and we will ship your order through the Number 1 logistic company of India for timely delivery because nothing less then the Number 1 suits our Number 1 product.