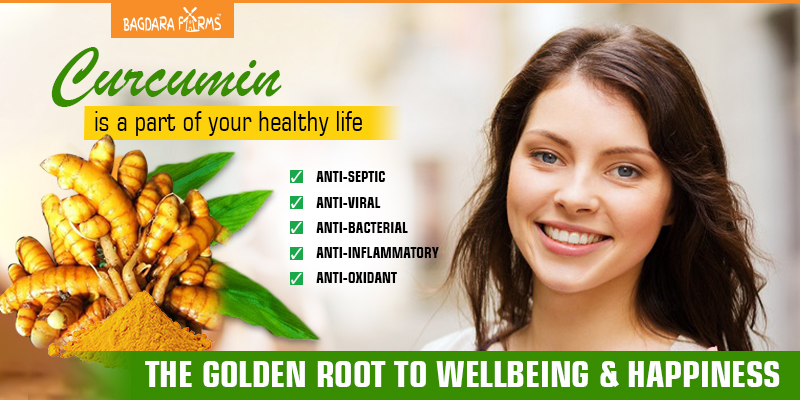 THE GOLDEN ROOT TO WELLBEING AND HAPPINESS

Looking to make some fresh changes in your lifestyle??

Start with the fresh golden root of turmeric. Medicinal turmeric is being hailed as a superhero for its ostensible health benefits. This humble herb has always been around spreading its golden magic and lately, “golden milk”— golden latte has become a part of the most sought-after menus. So if you ask what’s trending? This gingerly looking magical root is trending in everyone’s Instagram feed and surely is taking the world by storm with all its pharmacological properties.

Why This Root Is a Good Medicine

The fresh turmeric looks like it’s been exhumed from the soil of another planet; its curative powers and flavour-packed uses are surely out of this world. This time is the best time to get accustomed to the effervescent and versatile root, bask in the glory of its interminable health benefits, and there is much- much more to this medicinal spice than just colour and flavour.

MAKE THIS TO GO HERB A PART OF YOUR LIFE. HERE’S WHY?

The main active ingredient in medicinal turmeric is curcumin, which adds to its pharmacological properties and research has shown how this wonder of nature has smothered certain types of cancer in countries where people essentially use this spice regularly.

The best part about Buying Bagdara Farms fresh turmeric root is that it is in its purest form hence its goodness is all intact.

What Dr. Sharda says, “The presence of super anti-oxidants in raw Medicinal turmeric can help curb the free radical activity by scavenging them out of the system and this directly enhances our skin health.

What” Dr. Mehta agrees and mentions, “Using raw Haldi is one of the most traditional ways to cure diverse skin ailments and it’s not a new trend it’s something which has been trending for many -many thousands of years.  Medicinal raw turmeric is also known to cure skin problems caused due to air pollution and multiple irritants present in the air.”

Raw Turmeric is a healing powerhouse boasting anti-inflammatory and antioxidant galore! Well!  the market is flooded with these fresh roots.

Where to buy fresh turmeric

The fresh turmeric root from Bagdara farms is loaded with curcumin and the bright yellow colour is proof of it. The subtle-tasting earthy herb is the most authentic raw turmeric you can get your hands on today.

The coolest way to get going is by beating up a mug of turmeric tea, also known as “golden milk.” It is milk bubbled with juiced or shredded fresh turmeric and a little coconut oil. Spike it with sugar, cinnamon, honey, ginger, peppercorns, or other ingredients to intensify the flavour. Try the new drink now.

Now you can buy Non-GMO wild strand Fresh Turmeric Roots grown organically in our farms in Bandhavgarh Tiger Reserve, Madhya Pradesh. Order now and get the fastest delivery of this fresh medicinal herb at your doorstep.