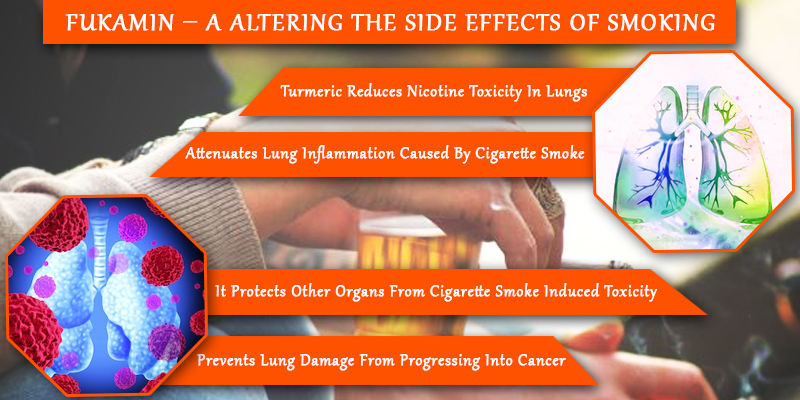 YOU ARE A FOOL IF YOU THINK SMOKING IS COOL

Cure Your Lungs With Curcumin

For a number of years, smoking has been used in the media as a sign of edginess, desirability and fashion. How many times have you seen a film where high powered men have smoked a cigar, or a good looking woman has smoked a cigarette? Not only the case on screen, in adverts and in magazines also, smoking is seen as something positive to do.

Now there is a lack of smoking on screen and for good reason. After extensive research into the effects of smoking, it has been found that it is actually incredibly harmful and carries considerable health risks in every lungful.

No matter how you smoke it, tobacco is dangerous to your health. There are no safe substances in any tobacco products, from acetone and tar to nicotine and carbon monoxide. The substances you inhale don’t just affect your lungs, They can affect your entire body.

Tobacco smoke is incredibly harmful to your health. There’s no safe way to smoke. Replacing your cigarette with a cigar, pipe, or hookah won’t help you avoid the health risks.

According to the world data, the mortality rate for smokers is three times that of people who never smoked. Smoking is the most common “preventable cause of death”. While the effects of smoking may not be immediate, the complications and damage can last for years.

Just A Few Of The Damages Of Smoking:

With so many side effects down the line, obviously anyone can get scared and the first thought that comes in our mind is QUITTING IT. But, is Quitting that easy???

It takes months and years to stop it completely .Meanwhile, one can think of reversing these side effects not by using any synthetic or false medicines that promise of permanent relief from nicotine but by using some herbal drugs that have no side effects associated with them.

One such herbal solution is FUKAMIN – A, a product by the upcoming Bagdara Farms known for creating herbal solutions for your problems. Bagdara Farms are using the most natural and organic way of farming to cultivate a speculative herb called TURMERIC .This turmeric is grown without any sort of addition of artificial fertilizers and pesticides. A very important ingredient named Curcumin is found in high traces in the creation of Fukamin –A.

Curcumin present in turmeric has strong antioxidant, anti-inflammatory and anti-cancer properties, which it utilizes to protect lungs from nicotine induced damage. A peep through into some of the properties of curcumin, in altering the side effects of smoking are:
1. Turmeric reduces nicotine toxicity in lungs: Curcumin is a strong antioxidant and it uses this pharmacological property in protecting lungs from nicotine induced oxidative damage.

Curcumin present in Fukamin –A can serve as an add-on therapy in protecting the lungs from nicotine induced damage. Also they are proven to protect other organs and overall health from damaging effects of smoking.

Smoking not only impacts your cardiovascular health, but also the health of those around you who don’t smoke. Exposure to secondhand smoke carries the same risk to a nonsmoker as someone who does smoke.