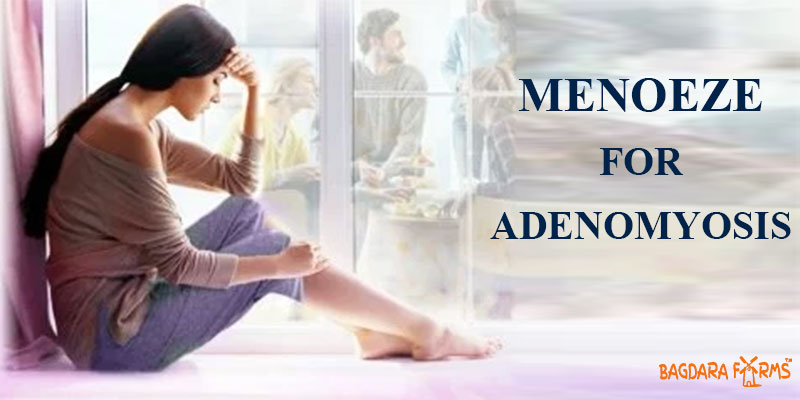 A woman’s job is never done and she has to work round the clock to ensure that the family machine works perfectly fine. She is so busy looking into the finest details of everyone else’s needs that she overlooks her health.

Her body undergoes the maximum changes and needs careful monitoring but in her desire to look after everyone else she ignores the changes in herself. These changes affect her in every possible way be it physical, psychological, or emotional.

When one has this problem it means that the inner lining of the uterus (the endometrium) has broken through the muscle wall of the uterus.

Adenomyosis causes menstrual cramps, pain in the lower back, feeling bloated before periods, and heavy periods.

The condition in itself is a non-threatening one but frequent pain and heavy bleeding tend to hold the woman’s routine for ransom.

Every woman who has Adenomyosis might not have the same any symptoms, some women experience the following

It is found to be more prevalent in middle-aged women who have had children.

Adenomyosis is Likely to Cause the  Following Complications:

One becomes more prone to adenomyosis due to a C-section, delivering a child and middle age.

Heavy bleeding that lasts for a long period can develop into chronic anemia, this also has an adverse effect on one’s work and lifestyle.

Women who have this condition may develop depression, anxiety, anger and may feel helpless at not getting respite from chronic pain and prolonged bleeding.

When the symptoms persist you must consult a doctor:

To reach the correct prognosis the doctor will need to conduct a physical exam along with a pelvic exam. If you have the condition then your uterus would be tender and enlarged.

The condition doesn’t necessarily require hysterectomy as an MRI, Sonohysterography Imaging technology can be of help in treating Adenomyosis.

The treatment is prescribed based on symptoms. The doctor might also prescribe hormonal therapy along with anti-inflammatory medications to check the condition.

Mendez works well in treating the condition most naturally as

With Menoeze you are sure to get control of your life and also make the transition easier.